It’s easy to see why there are Key West fun facts. This Southernmost island in Florida, United States, is home to many exciting things. The place has exquisite sceneries, intriguing chronicles, and ample activities. Folks visit and even frequent it since it’s a spot where there is something for everyone. Whether relaxation or adventure on the beach or city life is what you’re after, Key West has your back. So it’s an excellent tourist destination that is worth knowing about.

This getaway spot offers more than daytime and nightlife activities, coastlines, and architecture. There are many fun facts about the Florida Keys and its developed city in the west. This post includes names of notable Key West residents and locations. It also covers some of the unique native customs and biodiversity the place offers.

Here are 7 fascinating points about the beautiful island city. Let’s get exploring.

1. There are likely more chickens than humans in the city.

First-time travelers to the city may get surprised to see that roosters and hens are free to roam. It’s one of the Key West facts that tourists and natives may find curious and annoying. Because of their number, the locals even call these feral fowls gypsy chickens. A municipal ordinance protects them from harm. So it’s common to see these animals in the streets, alleys, and other places. 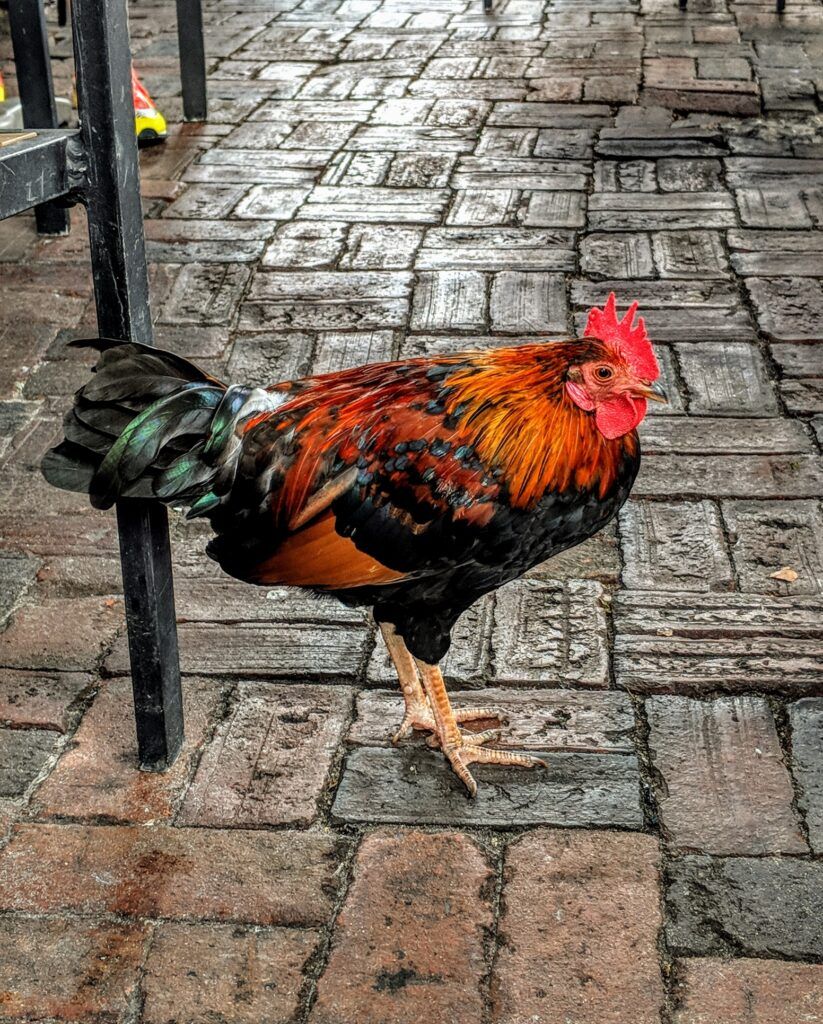 there are more chickens than human beings in key west

Although some find it annoying to have them around, they are there to stay. Thus there will always be chickens and sometimes chicks on the pavements in Key West. Besides, folks believe that the early Cuban settlers from the Caribbean brought them. They had a good relationship with these animals, using them for food and sport. The local wildlife center lends chicken traps to people to protect the feral fowls. That is to catch them, get them away from predatory hawks, and use them for pest control on the mainland.

2. It’s where the third largest coral reef in the world is.

One interesting Key West fun fact is that the city has the Great Florida Reef. It’s near the city, extending over 300 miles from Martin County to the Gulf of Mexico. This spot has about 50 species of coral formations with marine sponges and more. The NOAA or National Oceanic and Atmospheric Association consider it a marine sanctuary. The organization takes care of it, and the nature reserve is home to thousands of marine species. Aside from its distinctive marine habitats, it’s even where some famous spots are. So it makes for an excellent hotspot for tourists fond of sea exploration. 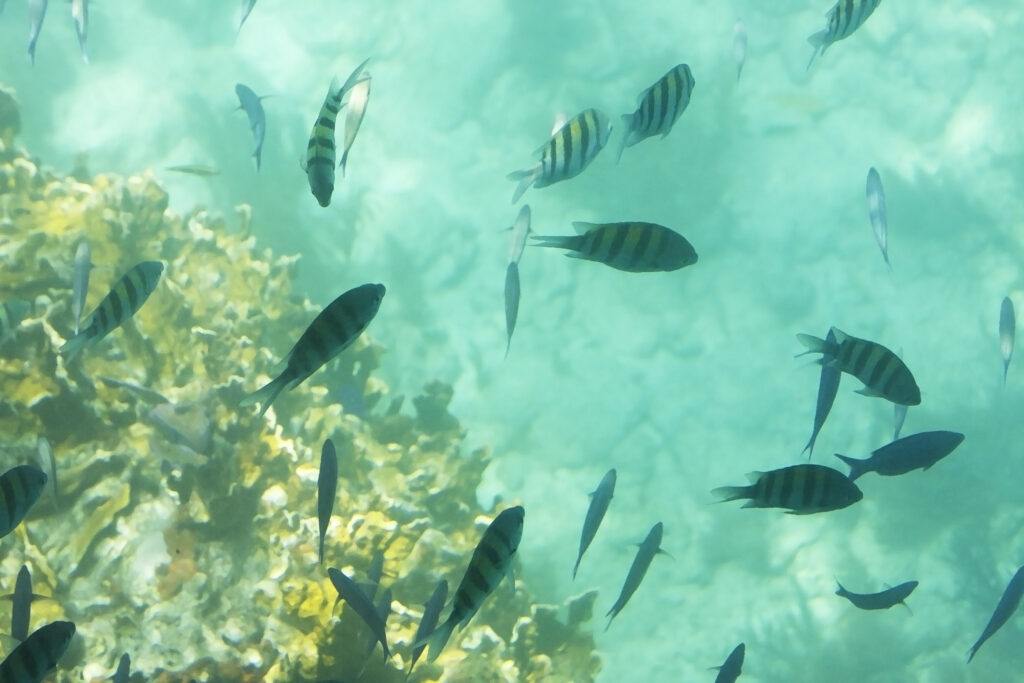 It comes after the Mesoamerican Reef in the Caribbean sea that stretches 700 miles. Also, it is behind Australia’s Great Barrier Reef. But what makes it remarkable is that there are no more natural coral reefs in the continental US other than it. Thus travelers likely enjoy the water due to its large marine plants and animals. It is no surprise why people include this as one of the fun facts about the Florida keys.

This isn’t to confirm nor deny that spirits or paranormal events are real or otherwise. It’s only that the number of supernatural stories about the city is one of the fun facts about the Florida keys. An example would be Robert the doll, located at the East Martello Museum. Folks claim the toy moves, giggles, and changes its facial expressions on its own. Also, they say that visiting the doll causes all sorts of misfortunes to happen.

Another thing that Key West has is the Ghost & Gravestones tours. It involves visiting known haunted sites while listening to spooky tales. So the place is appealing to travelers seeking mysteries. 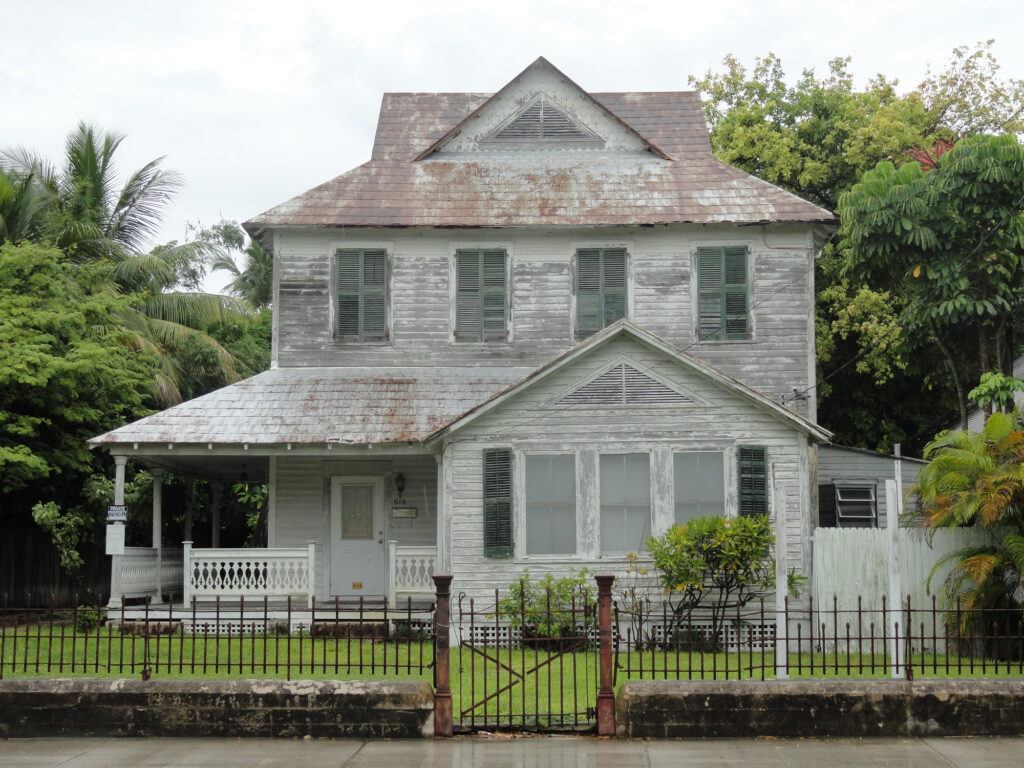 key west is a host to ghost stories

European travelers who came to the island long ago came across human bones in the open. Thus it is clear why they named the place Bone Island. Aside from that, many horror stories remain about abandoned homes in the city. Even paranormal experts like David Sloan live in the area and hunt ghosts for a living. These are some Key West facts that relate to the supernatural.

4. Centuries ago, locals used to live off shipwrecked goods.

Marine salvage was joint in this part of Florida back then, and it’s another example of the many Key West fun facts. Before the 1800s, folks used to wait for ships to sink and loot them. Later, auctioning happened once Key West became part of the US. It was so that folks decided to auction the salvaged goods of shipwrecked vessels for order. So, back then, saving people from drowning and reclaiming cargoes was profitable. It was very lucrative that some folks even relocated to this part of Florida for that purpose. 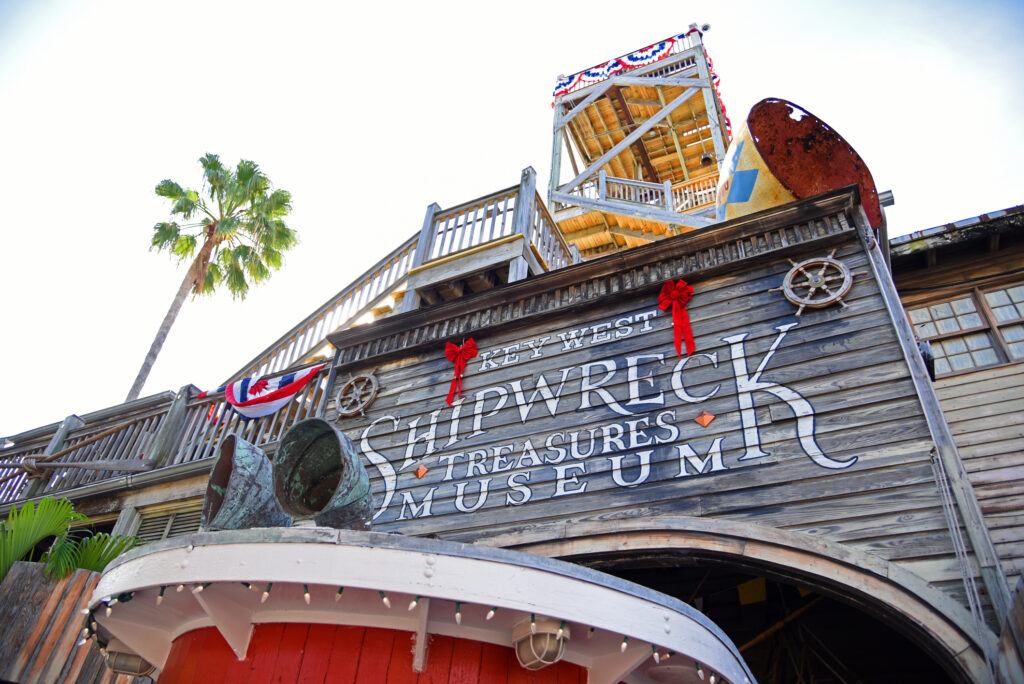 Because of the harsh weather and waters before, shipwrecks were common. There were a lot of incidences that auctioning became so frequent. With the continuing wrecking of ships and salvaging of cargoes, some became wealthy. We can say that the reefs and shallow waters turned the place one of the richest in America. In due course, the wrecking courts ended in 1921 due to modernization. People now visit the Key West Museum to experience the maritime legacy of the place.

Mr. Hemingway, who passed on July 2, 1961, was a city resident. He was a famous writer, known for some of his written works and how he wrote. Aside from his creations and technique, people take an interest in his house. It has the first in-ground swimming pool in Key West and several polydactyl cats. So it’s pretty understandable why many continue to visit his former abode. 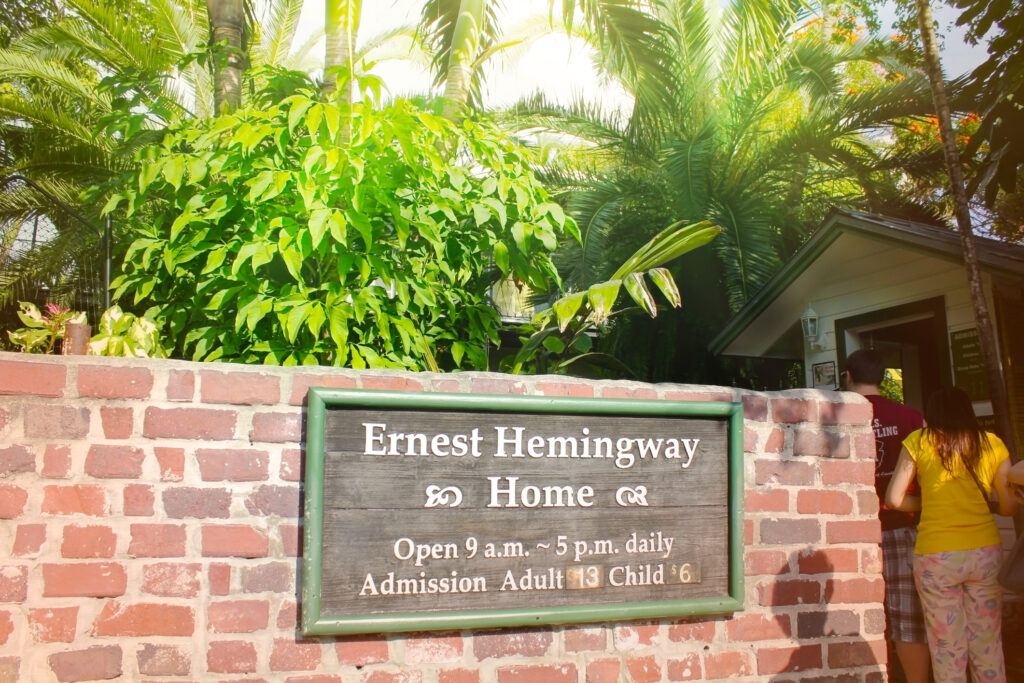 Also, Hemingway insisted on naming a famous bar in the city Sloppy Joe’s. It was where he had some alcohol back in the 1930s, operated by John Russel. Back to his home and part of his life, among the many things he loved about Key West, is fishing in the waters. That would be on board his 38-foot boat named Pilar. Still, his former house displays designs that bring memories of when he was alive. Thus folks take time to check the things associated with him when visiting Florida.

One of the peculiar yet fun facts about the Florida Keys is that it’s sunny for the most part. In particular, Key West gets about 260 days of pure sunshine throughout the year. It’s considered one of the warmest places in Florida and even America. The temperature is often 18 to 31 degrees Celcius or 65 to 89 degrees Fahrenheit. Though uncommon, it does get colder or warmer on some days. In that way, the place makes a great tourist hotspot for summer vacations. 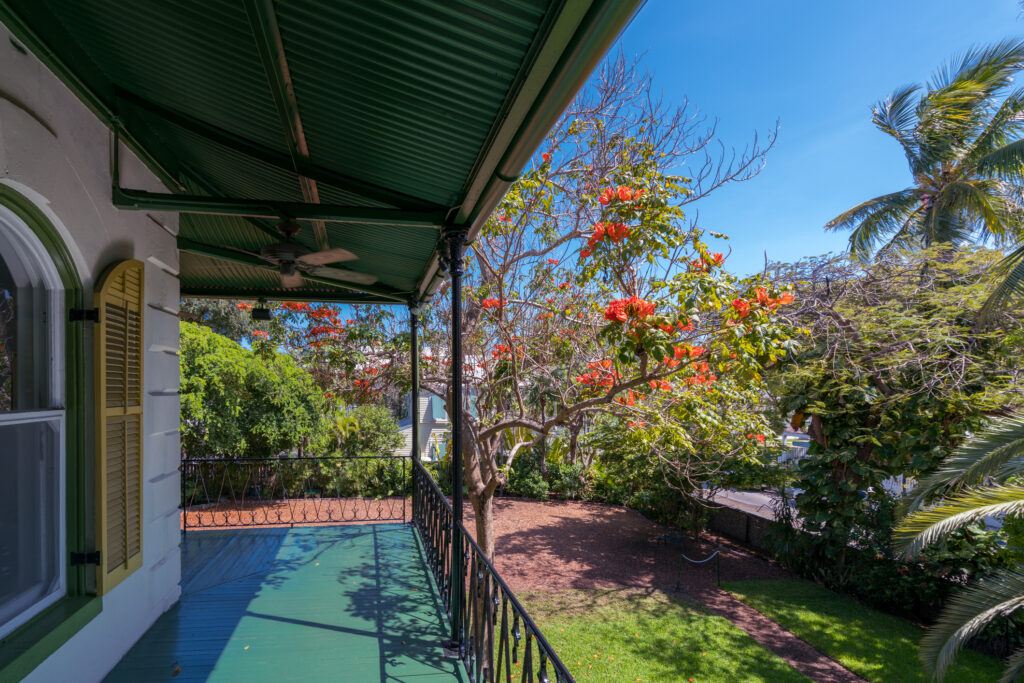 Another example of the Key West fun facts is that the island becomes crowded. That would be despite its population, which is only more or less 25,000 people. During wintertime, likely because of the warmth of the place, tourists visit the city. So it makes sense why many recommend visiting the island during the summer to avoid many people.

7. Home to many creative minds.

One more case of the Key West fun facts is that the city has several creative celebrities. Judy Blume, a writer of several narratives about teenagers and coming of age, is also a resident of Key West. She wrote books about various strange topics. There’s one about finding religious identity, being an offspring of interfaith marriage. Another one is about sibling rivalry in kids and in dealing with it. The singer and songwriter Michael MacCloud also lives on the island. People know him for his distinctive voice, imaginative songs, and narratives. He’s good at playing guitar in different styles and genres. Thus Ernest Hemingway isn’t the only famous who’s associated with Key West. 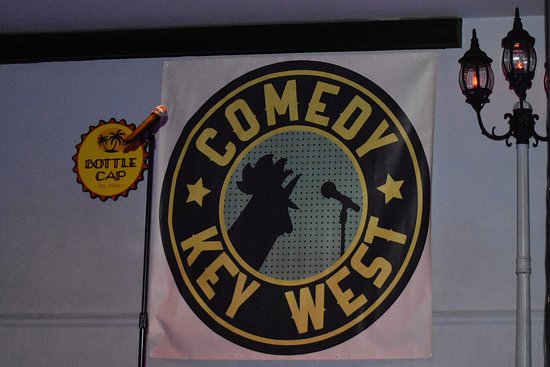 Speaking of creativity, the city also has its local comedians. These folks are some of those who think fast and deliver the funniest bits. Another sample of the fun facts about the Florida Keys is the nature of the Comedy Key West. That’s because it’s the only comedy club in the Florida island chain. Usually, in places like New York City, there’s often more than one comic factory. In this way, the island having one of it only is one of the interesting Key West facts.

There are strange and quirky Key West fun facts make the island city awesome. The article mentioned that it’s home to protected feral fowls and famous personalities. It holds supernatural and historical stories and is near one of the most extensive coral reefs. Of course, the place is where nature is good in providing comfort and sights to see. With the things it can offer travelers, it is no wonder why people consider it one of the unique places ever.

We hope you’ve picked up some new things about this part of Florida through our write-up. You can try to visit the place yourself if you get the chance. You might find the fun you’re after there.