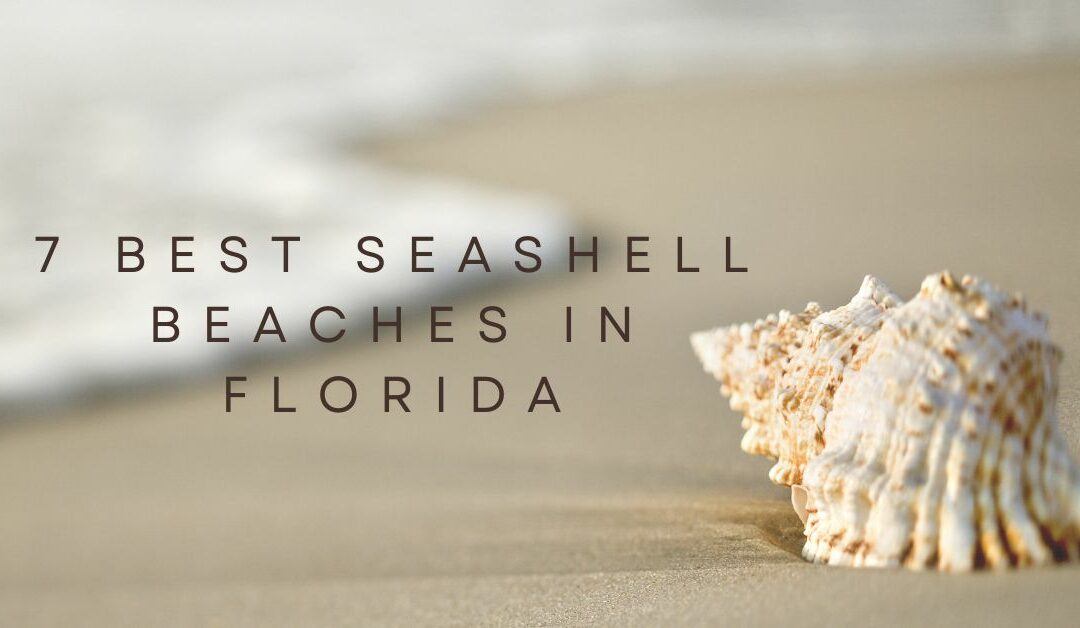 Some people don’t like spending all day on the beach relaxing. They would much rather be engaged in activities, learning, and being active outside.

New experiences and a shift in perspective are what rejuvenate us on vacation. The issue arises when a group of people is on vacation, and some of you prefer to relax while others seek out adventures.

Shelling is so well-liked because of this. Your entire group can take pleasure on a typical Florida beach day. While you go shell hunting for the day, the loungers can continue to lounge.

Knowing which beaches were also ideal for that combination is vital. Here is the list of the 7 Best Seashell Beaches in Florida we gathered for you! 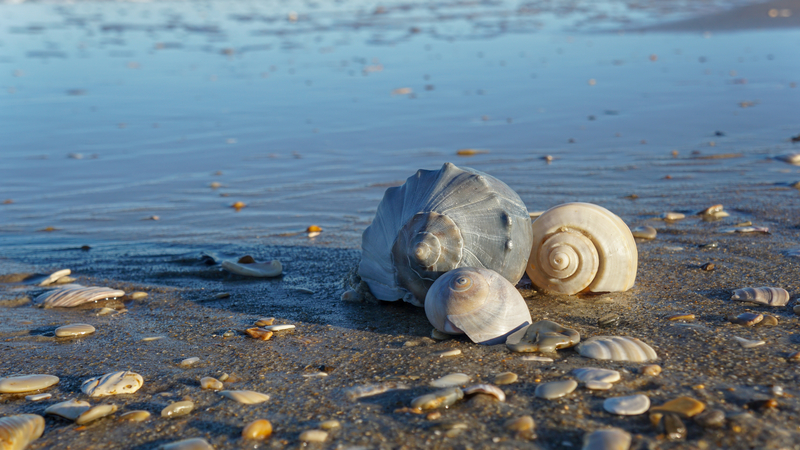 However, there are pros and cons to this. The drawback is that it frequently gets busy. You might not be able to conduct a quieter, more solitary search. Yet there are places which can grant coastal serenity.

It’s no surprise that Sanibel Island, which is close to Fort Myers, attracts so many gorgeous seashells. Have a look at the Sanibel Island Map. The island curves into a shape resembling a J. 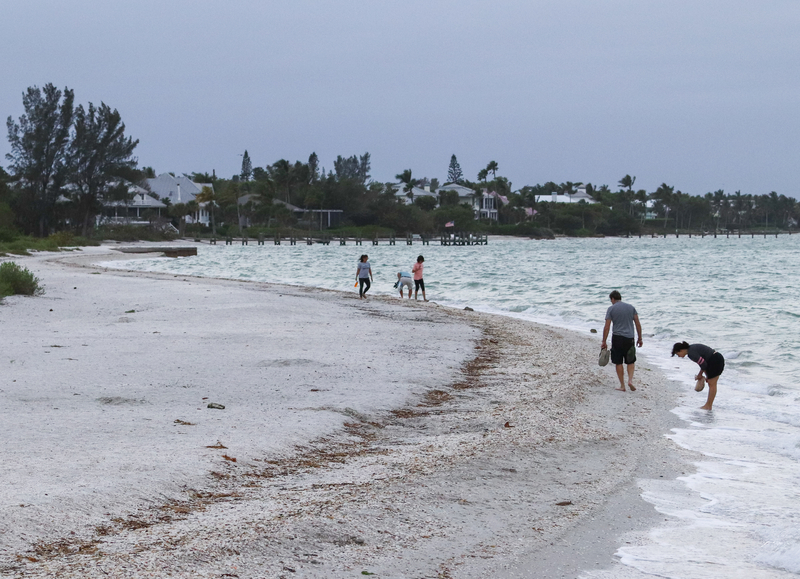 In addition, that shape works as a natural net to gather countless shells for your collection when combined with Gulf of Mexico currents.

Let’s talk about Cedar Key as we travel further up the gulf coast. About halfway between Orlando and Tallahassee, you’ll find a group of islands called Cedar Key.

Even though Cedar Key’s beaches are small, they are teeming with gorgeous shells just waiting to be discovered. Due to their diminutive size, these beaches are also somewhat of a secret gem.

There won’t be a ton of other shellers for you to compete with. Tidal pools are what give Cedar Key its beauty. Tidal pools abound on the island’s beaches, where they catch a fantastic variety of shells whenever the tide changes.

Plan your visit for low tide to enjoy all that Cedar Key has to offer.

For our following best seashell beaches in Florida, we have Caladesi Island. You can find Honeymoon Island and Caladesi Island next to each other along the gulf coast between Tampa and Clearwater. 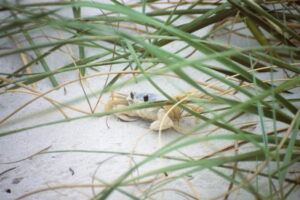 In addition, these two lovely islands are preserved as state parks so that you can take in nature at its most beautiful. Caladesi Island is your best option for shelling out of the two.

Although it’s impossible to predict whether the beach will be busy or quiet, even on a busy day, plenty of shelling finds still exist.

With that, Caladesi Island is always more tranquil than the majority of the neighborhood beaches because you can only get there by boat. Most people travel to Caladesi Island by ferry from Honeymoon Island.

The Ten Thousand Islands are a group of small islands off the coast of Florida, as you might have guessed. These islands, which are nearby Marco Island, are almost entirely used for shelling.

This implies that couples enjoying a romantic stroll along the water and children playing in the sand rarely disturb the shells. In addition, it produces stunning whole shells. 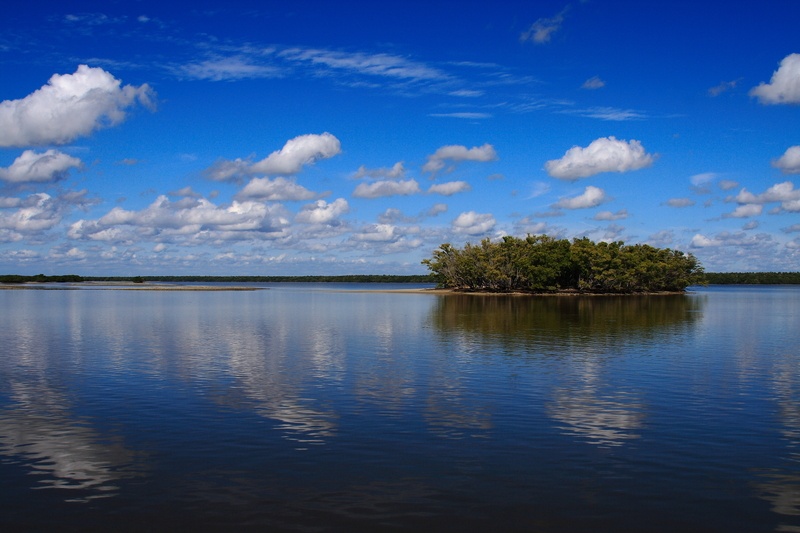 Moreover, there are many kinds of shells to be found in the Ten Thousand Islands. They rank among the top places to look for the coveted and rare Junonia Shells.

However, keep in mind that exploring these islands entirely on your own is not simple. A shelling tour is the best option for utilizing the treasures they contain. 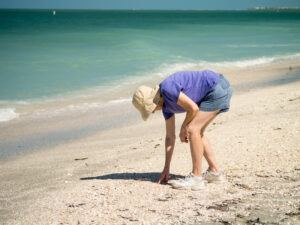 That means there is a lovely beach space where you can enjoy the gorgeous shells that wash up. Most of the shells here are similar to those on Sanibel Island.

In addition, the fact that Captiva Island is less well-known than its sister Sanibel Island is a benefit. For those of you who want some alone time, it is now a more tranquil and remote location.

Get to Captiva Island early if you want to find some fantastic shells. Many shellers begin their day at Sanibel Island, shell endlessly there, and then wrap up their day at Captiva. You’ll face some opposition if you follow suit.

You can beat the crowds and fill your bag with treasures by starting your day at Captiva.

One of the best seashell beaches in Florida is Jupiter Island. It is a small section of an island close to Jupiter and Jonathan Dickinson State Park, and it is among the best.

Over 200 different kinds of shells have reportedly been discovered at Jupiter Island by shellers. In addition, this is a place to go if you want to diversify your shell collection. 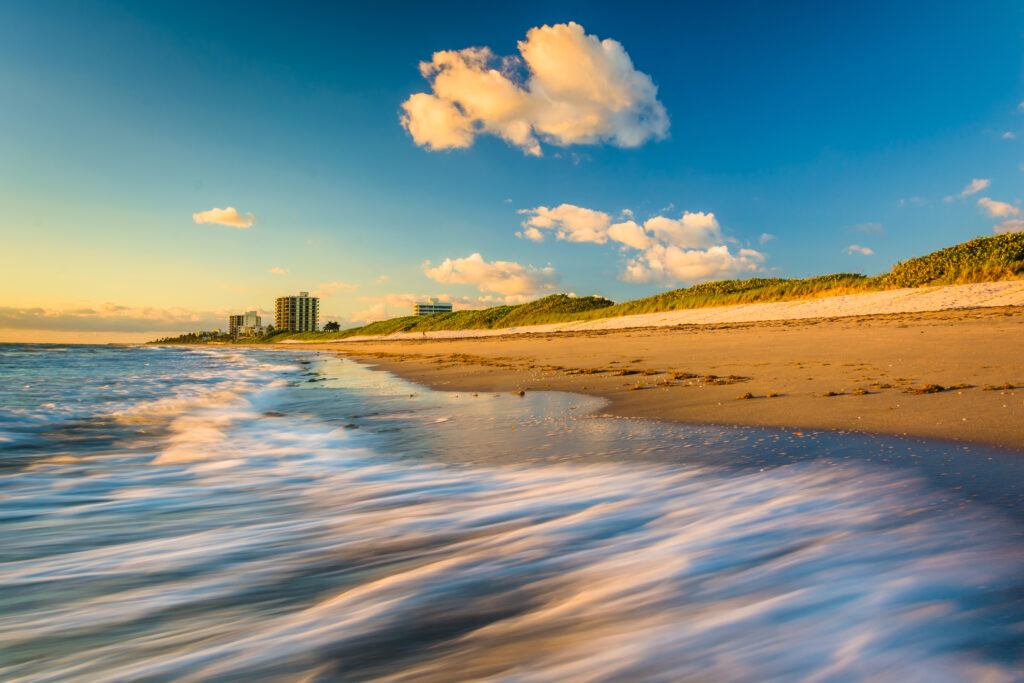 Jupiter Island is particularly rich in sand dollars, coquinas, lion’s paws, and spectral bittersweets. The limestone boulder reef in Coral Cove State Park on the island is where you should go if you want to dive into the best shelling.

We must conclude our list with a suggestion for those who reside along Florida’s Northern Atlantic Coast. If that describes your situation, Fernandina Beach won’t let you down.

Amelie Island is home to Fernandina Beach, close to lovely Jacksonville. As you may know, there aren’t many places to find shells in Northern Florida, but Fernandina Beach has a respectable selection. 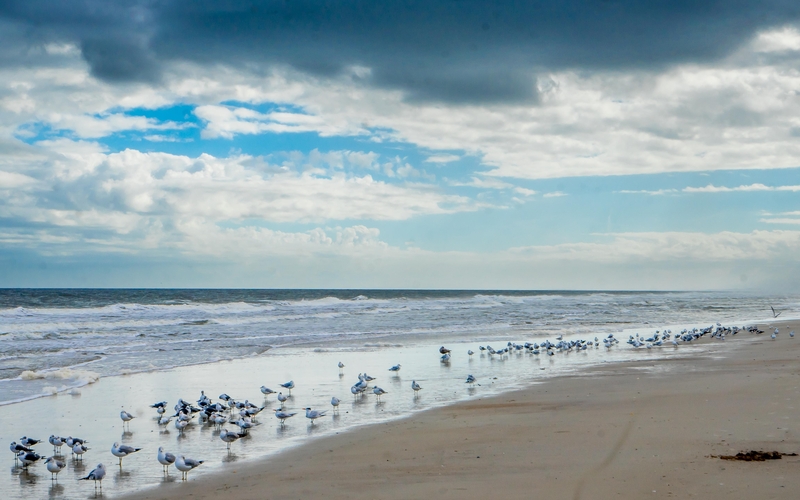 Whelks and other small shells are what you’ll mostly find.

However, the most noticeable finds at this beach are shark’s teeth. Beachcombers discover a fantastic number of shark teeth along the shore, especially after a storm.

In addition, Amalie Island is the place to be if you want to add some chompers to your collection of beach trinkets.

Have you visited any of these spots?

Florida offers more than just manatees and dolphins. The most beautiful beaches can be found here. In addition, that concludes the 7 best seashell beaches in Florida.

You can visit them with your family, friends, or even alone. Moreover, shelling is fun, and you can declutter your mind.

Is Collecting Seashells at the Beach a Good Idea?
Jupiter Florida Attractions To Explore
10 Best Beaches for Swimming in Florida 2022
How to Plan a Long-Distance Kayak Trip
Visiting Key West Keys, Florida Keys