Where is the Best Bird Watching in Florida? 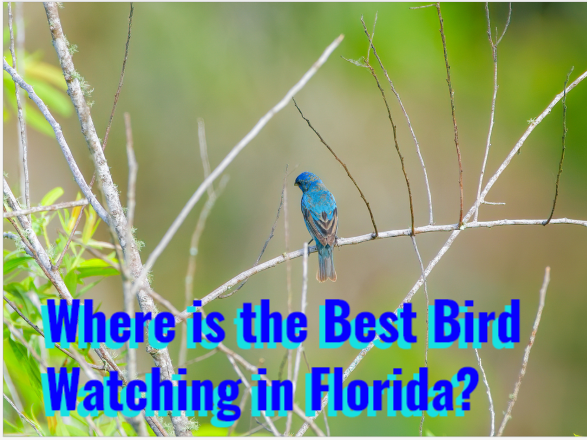 WHERE IS THE BEST BIRD WATCHING IN FLORIDA

In Florida, bird watching is a huge thing – much more extensive than you may believe. In fact, for both tourists and inhabitants, birdwatching is next only to seashore activities as both a means of outdoor entertainment. As a result, expect to see more individuals holding binoculars and sighting scopes across the Sunshine State as the trend continues to grow.

If you’re already a birder, you’re undoubtedly aware that Florida is one of the top birding destinations in the world. Here is a handful of Best Bird Watching in Florida’s best birdwatching places that you won’t want to miss:

In this article, we are going to cover 9 most visited bird watching throughout Florida:

Loxahatchee is located southwest near West Palm Beach and is readily accessible through the Florida Turnpike and Interstate 95. The birdlife is comparable to Everglades National Park, including large flocks of herons and egrets and nesting anhingas.

Numerous waterfowl and You may see shorebirds on the impoundments throughout the winter, so there is a walk-through with a cypress swamp that draws land birds. You may occasionally see snail kites flying above the levee near Loxahatchee, one of the most delicate areas to search for the disappearing Smooth-billed ani.

From Dunedin, a causeway connects Honeymoon Island to the mainland. It is one of the top places for Best Bird Watching in Florida, as the most critical migratory and wintering shorebird sites. In the autumn, winter, and spring, you may see up to 22 species here regularly.

The state’s most significant nesting population of piping plovers, occasionally exceeding 100 birds, may be found on Honeymoon and nearby barrier islands. In addition, hundreds of terns flock here in the autumn, with some to 5,000 common terns and lesser groups of six other species at a time.

Great horned owls, clapper rails, Wilson’s and snowy plovers, as well as least terns, breed here. The sharp-tailed sparrows of Nelson’s and saltmarsh spend the winter together. You may see over 20 pairs of osprey nesting in the slash pine forests along the Osprey Trail. During the spring and summer, grey kingbirds & prairie warblers are prevalent. Black-whiskered vireos that used nest, and they may do so again in the future. 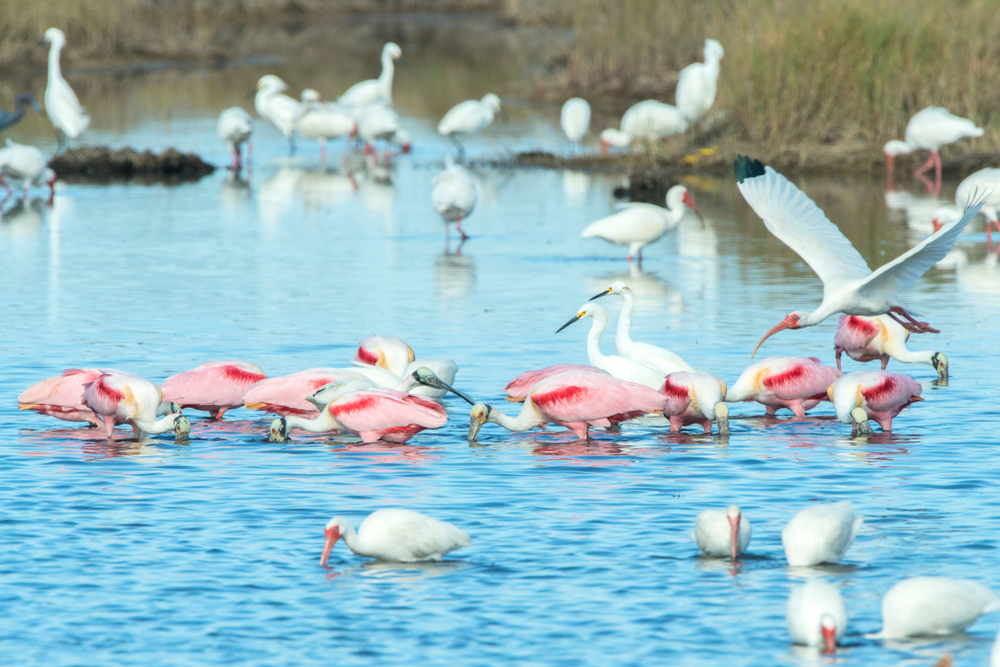 The refuge includes about 84,000 acres and is conveniently accessible from Titusville’s US 1 highway. It is well-known as the only remaining home of the dusky seashore sparrow, which has become extinct due to devastating human floods of its marshland environment.

Thousands of waterfowl of various kinds and big flocks of migrating and migratory shorebirds, terns and gulls, herons, egrets (including massive concentrations of reddish egrets), spoonbills, including American white pelicans, converge to Merritt Island in the winter. Scrub-covered areas are home to one of the few surviving groups of Florida scrub jays. Northern gannets may be observed off the beach at Playalinda in the winter, and the Black Point Wildlife Drive may be very rewarding.

Sanibel Island is accessible from Fort Myers through a causeway. Moreover, 6,000 acres of saline mangrove swamps, marshes, and hardwood hammocks make up the Ding Darling sanctuary. A five-mile-long nature road provides access to some excellent birdwatching. Reddish egrets, roseate spoonbills, anhingas, both night-herons, black-whiskered vireos, grey kingbirds, and mangrove cuckoos are among the species to search for here. A large number of shorebirds flock to shallow waters.

The sand pine forest comprises almost 400,000 acres, with tiny patches of longleaf pines providing the ideal birding habitat. A visit in the spring or summer will give the best results.

The uncommon re-cockaded woodpecker, as well as the brown-headed nuthatch, red-headed woodpecker, Bachman’s sparrow, swallow-tailed kite, chuck-widow, will’s summer tanager, bobwhite quail, pine warbler, and yellow-throated vireo, may all be found breeding here. You may find one of the most incredible remnant colonies of Florida scrub jays in this location.

The National Audubon Society owns and manages Corkscrew Swamp, which is well-known for its massive breeding colony of wood storks, which has surpassed 1,200 pairings in recent years. One of the best surviving cypress swamps in Florida is accessible through an extensive boardwalk system.

Herons & egrets, barred owls, limpkins, swallow-tailed kites, pileated woodpeckers, and migrating and wintering passerines like painted bunting are among the other species that You may see here.

On Mullet Key, about south of St. Petersburg, Fort DeSoto is situated. Because of its geographical position, it is a well-known migratory hotspot. Thousands of land birds of various types, including at least 25 species of warblers, tanagers, orioles, vireos, buntings, grosbeaks, cuckoos, and thrushes, may be seen here in the spring.

East Beach Woods, near North Beach parking lot, Arrowhead Picnic Area, as well as the mulberry trees behind the ranger’s home are the finest places to look for migrants. In the autumn, winter, and spring, the intertidal regions attract a considerable number of terns and shorebirds, including the rare long-billed curlew, as well as white, piping, and Wilson’s plovers. 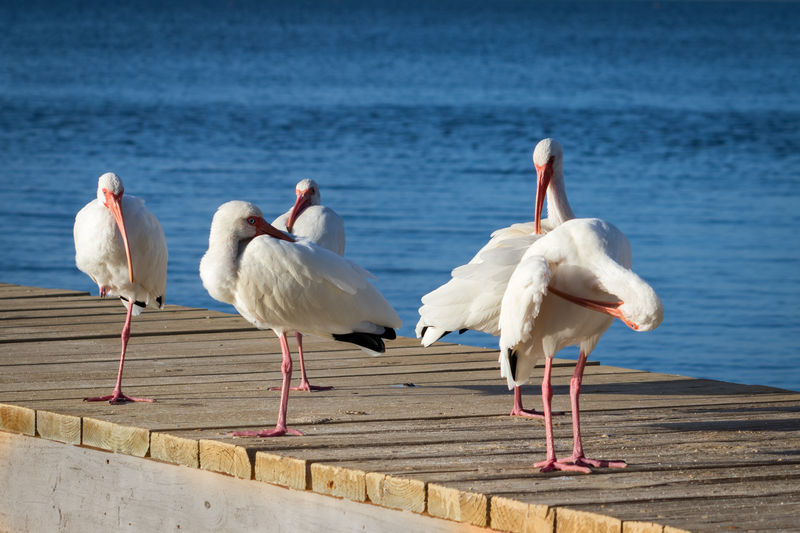 8.   The Dry Tortugas and the Florida Keys

In April, when migrating territory birds arrive in large numbers (particularly here on Tortugas) and birds are breeding, the Keys & dry Tortugas are the ideal places to visit. Brown noddies, Sooty terns, beautiful frigatebirds, several masked boobies, Hospital Key, and tiny groups of roseate terns are among the breeding specialties of the Dry Tortugas.

Nonbreeding migrants to the seas near the Tortugas include black noddies (found near the Garden Key coal port), bridled terns, as well as brown boobies. Gray kingbirds, black-whiskered vireos, mangrove cuckoos, and white-crowned pigeons are some of the species found on the Keys.

The forests, marshes, and impoundments that make up St. Marks span around 100,000 acres of the ground. It is well-known for being one of the Best Bird Watching in Florida to see wintering waterfowl. During that time of year, over 20 different waterfowl may be spotted there, including small flocks of snow geese. Wilson’s marsh wren, gull-billed tern, plover, and beach sparrow are among the breeding species in this region, which attracts wintering land birds.