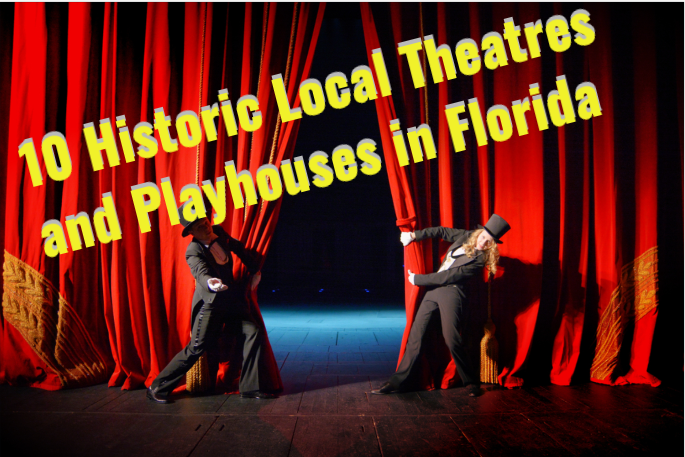 Florida’s Local Theatres and Playhouses – Florida is home to some beautiful, amazing historic local theatres and playhouses. Back when they were built some of these theaters consisted of a single-screen movie theater. Today, many of them are keeping history alive by hosting concerts or movie nights, in addition to community musicals and plays.. If you love history, visiting these local theaters and playhouses brings you to a memorable experience. Read on for these “don’t miss” theater options.

Please note: While researching the Historic Local Theatres and Playhouses in Florida, we found several closed because of the Covid pandemic. While these closures appear permanent, we hope that the local communities find the means to reopen them when possible.

Among Florida’s local theatres and playhouses, The Barn Theatre is not quite as old.  In fact, one of the newer additions, this theatre traces back to 1967, although the Barn location was not secured until 1971. A true, community-supported theatre, the Barn showcases 6 full musicals or plays each year, as well as other special events. This year’s lineup will include: Legally Blonde, The Musical, showing from July 15-August 1. Securing your tickets early is recommended.

The Historic Cocoa Village Playhouse is a theater located in Cocoa, Florida. Built in 1924 as The Aladdin Theater, it showed live plays and silent films. Today, the Playhouse features musicals, plays, and concerts.

The Titusville Playhouse, established in 1965, combined two local theatre groups, The Mask and Hammer Players, and the Titusville Little Theatre. Both groups began performing in 1954. The building they currently use was a saloon and hotel, originally built in 1905. During its early years, the saloon and hotel building featured silent films and vaudeville shows, then later showed movies. Although major renovations brought the theatre new beauty, it’s historical past remain an essential feature. The playhouse, celebrating its 57th season in 2021, brings a range of plays, musicals, and other productions, in addition to children’s educational programs, to the Space Coast region.

The Adrienne Arsht Center for the Performing Arts in Miami is another newer theatre, opening its doors in 2006. However, it occupies the site of an old Sears, Roebuck, and Company department store. This store, constructed in 1929, was the first example of Art Deco architecture that has now become a signature style in Miami. While only the original tower attached to the department store remains, it holds enough history to grant this theater a spot on our list. Today the Arsht Center holds the distinction as the largest Performing Arts Center in the state of Florida.

Constructed in 1927, The Florida Theatre is Jacksonville’s oldest theater. When the building was completed, it became the largest movie theatre in the state of Florida.  In 1956, The theater gained national news coverage when Elvis Presley played here. A  local judge threatened to have him arrested if he didn’t tone down the sexual nature of his performance. Today the theatre hosts many kinds of live events including shows from famous comedians and musicians.

The Saenger Theatre is a historic theatre built in 1925 on the site of an opera house in Pensacola. A hurricane had destroyed the original opera house years earlier. Attempting to keep the opera house history alive, builders use actual bricks from the destroyed opera house to construct the theatre. They built the theatre in Spanish Baroque style to match the rich Spanish history of the area. Today,  the theatre mostly shows Broadway Shows with the occasional showing of classic movies, signifying its rich history.

Constructed in 1928, The Polk Theatre still resides in Lakeland, Florida. Like others of its time, it hosts most of its beauty in the interior. Lakeland was a very small town in the twenties and so the theatre was truly a part of a tight-knit community. Today the Polk Theatre shows both movie shows such as classic films, a virtual cinema, and live performances.

The Wayne Densch Performing Arts Center, locaed in Sanford, Florida, is a historical theater. Originally opened in 1923 as the Milane Theater, it has been through many names and many restorations throughout its time.  As the Milane Theater it showed both movies and live events and grew into a successful theater. In 2008 it was renamed the Wayne Densch Performing Arts Center. A well-known local venue, it hosts concerts, plays, and events throughout the year.

Another of Florida’s historic theaters, The Sunrise Theater first opened in Fort Pierce in 1922. At the time the theater became the cultural hub of the city and one of the few venues of its kind in the entire state. Eventually, it closed for many years due to needed repairs. However, volunteers came together to revamp the facility and it reopened in 1999 as an all-purpose performing arts facility. The Sunrise Theater now hosts plays, musicals, concerts, and comedy shows throughout the year.

Another of Florida’s local theatres and playhouses, The Naples Players, emerged in 1953.Without a building of their own, the group performed in area venues until their first permanent home in 1975. As they grew, they moved ot other buildings until finally building their current home on 5th Avenue South. 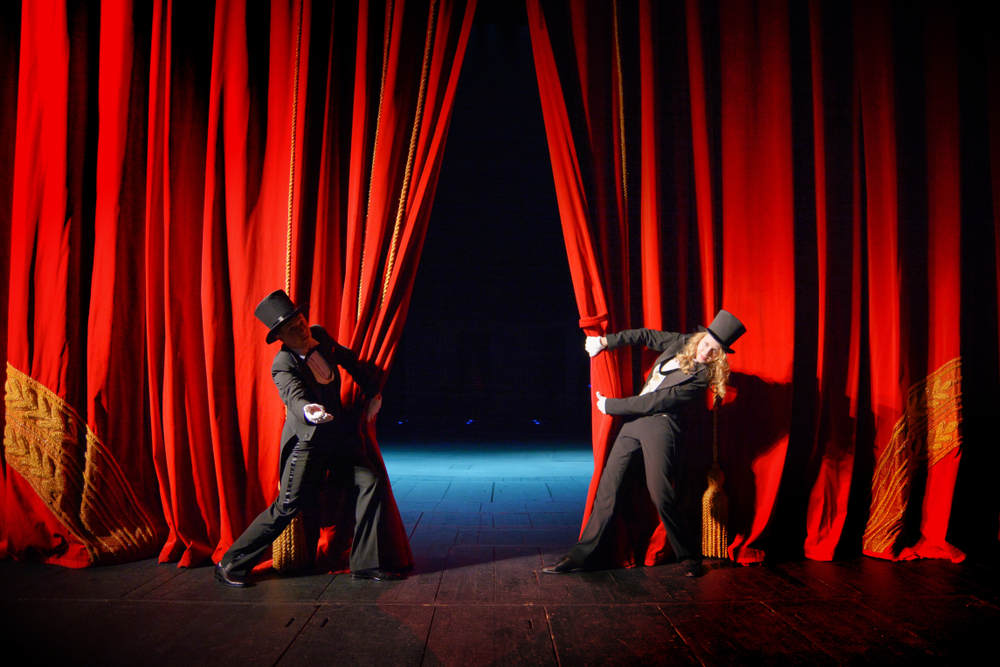 Importance of Local theatres and Playhouses

Many actors, directors, writers, and choreographers began their careers in a small town playhouse. These venues allow budding talent to practice, receive feedback, and develop their talents.

Also, many community theaters offer classes for children. While we may think of these classes for those outspoken young artists, often the stage becomes a means of shyer children improving their communication skills and self-esteem.

While the actors perform for the stage, many other talents come together to create the staging, costumes, and lighting and sound effects. Often, local experts enjoy helping with these aspects and bring their skills to help perfect the staging and show.

Community theaters rely on local businesses to support the theater and help it succeed. However, the businesses also profit from the advertising and increased traffic.

The people involved in the theater, the actors, directors, choreographers, set designers, and stage effects all benefit from the time they work together to prepare for the show. In fact, they often form close friendships during rehearsals and performances.

Showcasing a play or musical that many might want to see brings attention to the local community, too. If a community theater produces and advertises a show that interests those people outside of the local area, the theater benefits for increased revenues. However, the local businesses also see an increase in traffic and profits.

Local theatres and playhouses offer an amazing experience for all ages to enjoy. When Florida’s heat becomes a bit much, these cool shows bring balance to your life.

Lighthouses to Visit in Florida

We use cookies on our website to give you the most relevant experience by remembering your preferences and repeat visits. By clicking “Accept All”, you consent to the use of ALL the cookies. However, you may visit "Cookie Settings" to provide a controlled consent.
Cookie SettingsAccept All
Manage consent

This website uses cookies to improve your experience while you navigate through the website. Out of these, the cookies that are categorized as necessary are stored on your browser as they are essential for the working of basic functionalities of the website. We also use third-party cookies that help us analyze and understand how you use this website. These cookies will be stored in your browser only with your consent. You also have the option to opt-out of these cookies. But opting out of some of these cookies may affect your browsing experience.
Necessary Always Enabled
Necessary cookies are absolutely essential for the website to function properly. This category only includes cookies that ensures basic functionalities and security features of the website. These cookies do not store any personal information.
Non-necessary
Any cookies that may not be particularly necessary for the website to function and is used specifically to collect user personal data via analytics, ads, other embedded contents are termed as non-necessary cookies. It is mandatory to procure user consent prior to running these cookies on your website.
SAVE & ACCEPT